I ordered this hair for a photoshoot I had coming up and the hair shipped out two weeks later as they claimed that Covid break out back in China, I said okay I understand, but then the hair finally came the anxiety was too much to get the hair now I finally open the package and it looks nothing like what is shown on picture it’s very ruff and didn’t look as full in density as picture is shown, also when I was washing it the colour was running out and the bleaching also looked like someone just throw some breach on it, it wasn’t done professionally, I reached out to the company they didn’t even apologize the lady when straight to tell me that she can granted me that the hair was real and that I should take a picture and send her, now the hair is the same as I got it I have cut the lace are anything I just washed it, so my question is when exactly is she going to see on the picture if I had send it to her? Anyway the hair can still be used it’s just not something that will loss long term 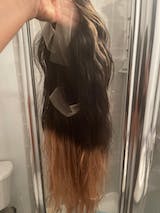 I am still waiting to get hair. I cannot give a review if I don't get it. What is taking so long for me to get hair. I purchased it over 3 weeks now. Please let me know, when I will get hair.

Received an empty box!!! Be aware!! This unit is great. No shedding, great quality and the same length.

I got my wig faster than the expected delivery date which was great! The lace melted very well and the cap was the perfect fit. The texture was amazing and the hair was so soft. Most important, NO SHEDDING! Love it! 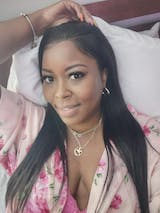 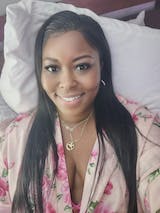 love the wig sooooooo much ,One of the best wig I ever got It is so full and thick,very beautiful brown color ,Seller was communicative,the shipping was super fast

The hair is absolutely beautiful, once it dries the curls are still visible and beautiful, the seller has great communication! Very happy with the results. 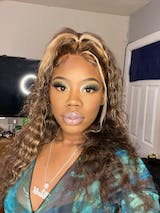 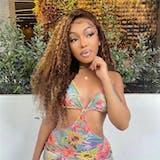 Love this hair sooo much everyone loves it, it looks so natural 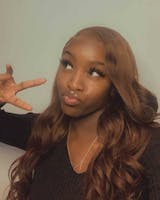 The wig is absolutely beautiful and true to length, i am really satisfied. I really recommend it. The seller is really lovely and responsive and helps you out with every question. Thank you 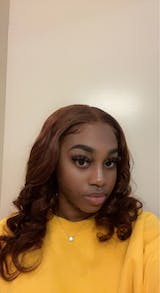 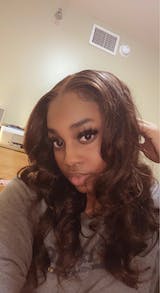 I loveeeee this hair! The hair came sooner than I expected. This was my first time doing blonde and I’m so Inlove! 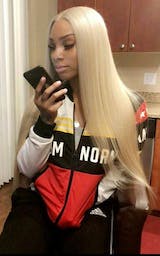 The wig is beautiful. Had minimal shedding and is really soft. Such good quality definitely buy it!! 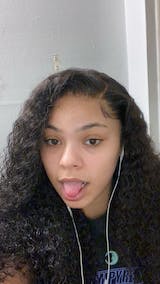 I just received my hair! I love the quality of the hair in its natural state. Hair has very little to minimal shedding with no order. I’ll come back with an update after hair has been installed.

Hair looks very natural! It doesn’t have a smell. No shedding or tangling. I LOVE THIS HAIR!!

I like it. I bleached knots and bleached the hair also for highlights. It took bleach very well. They are good communicators and this is my second time ordering from them, I will continue to do so! 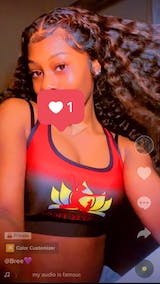 My client LOVES her hair. As always great quality wig.

Hair is so soft ! True to length and barely sheds. I will definitely be purchasing from you guys again !

This is the best vendor no lie. they made sure that it came on time and kept contact with me. i love the hair

This is the best hair I ever had !!! I never left a review before on anything but this hair is so bomb yall.. and for such a good price ! 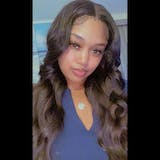 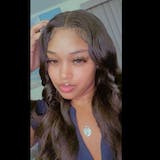 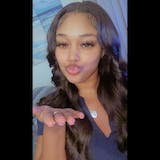 Amazing quality! minimal shedding and very soft hair, i love this wig.Wig is true to length and is very full. I got the 26 inch 180 density and it is amazing. The vendor was lovely and shipping was pretty fast. I’m sure coming back to buy more hair. I highly recommend and trust me, you won’t regret

Great hair little to no shedding , easy bleaching . and it is real size when open the bags, the hair is so soft and smooth no tangle, the 13x4 lace frontal with a natural hairline, you could do the baby hair. Lace is thin and soft. Love the unit & plan to buy another one this up coming week

Hey ladies I definitely recommend buying this wig ! I received my wig today and the hair is very soft full , I ordered a 30 inch 13 x 4 wig !! I will post pictures of the install soon . I received my order very fast !! 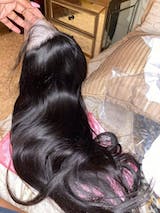 I loooove this wig! Color and Quality is amazing! The hair smells SO good and the packaging was really cute! Definitely recommend! I'll be ordering again. I think this is 24 inches 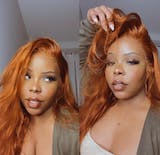